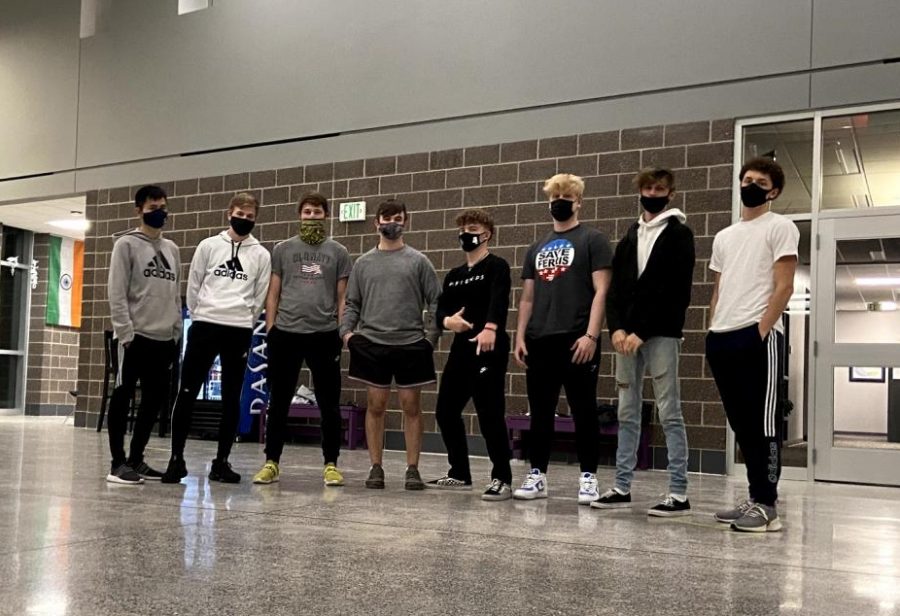 A lot has changed in the past year since the first COVID-19 cases popped up in America. Masks, lockdowns, and restrictions have been a part of our lives since March of 2020. Our school has made many changes in order to keep students, staff, and their loved ones safe and healthy.

One of these changes involves our annual tradition of the Sweetheart Ballet, now called the Sweetheart Dance.  According to Senate member Aka’ne Tinsley, “This year we added the upperclassmen of the dance team as a way to include more seniors wanting to participate in the upcoming years, instead of just senior boys. We had a conversation with members of GSA, Gay-Straight Alliance, to see how we could alter our tradition to make it more inclusive and comfortable.” So, now, senior girls and boys will all be allowed to participate in the Sweetheart Dance. Aka’ne also stated that this year we would get to see the Glitter Girls & Co. dance alongside the senior boys.

Also, those infamous pink flouncy tutus will no longer be adorned by the dancers. Though, the color pink will still be seen in abundance, as it symbolizes Valentine’s day.

“We were very grateful that we were still able to continue this tradition but also make some much-needed changes to it,” says Sydney Clark, another senate member. Clark continues by saying, “This year has definitely been different, around this time we would have just had our in–person K.I.S.S. assembly. We obviously aren’t able to do that this year because of the pandemic, so the senate still wanted to find a way to show off various students and activities by having a virtual assembly.”

After bringing up the pandemic, Sydney allowed some insight as to the precautions those involved with the assembly took. “We had socially distant practices twice a week and set 15-minute timers; when the alarm went off, we all took a break and made sure to separate. Everyone wore a mask during practice, no matter if people were dancing or not.”

The senior senate member says that this year’s senate strived to make needed changes so that every student could feel accepted and heard.

Sydney assures that the dance and assembly footage will be released in the upcoming weeks after technical issues are resolved.  so be ready to watch the COVID K.I.S.S. assembly soon!